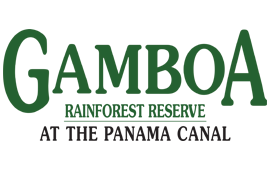 Things to do in Panama

How to Get Here

For transfer information, we provide options at the moment of booking your stay. If you need special transportation, contact us by clicking here.

Museum of Biodiversity by Frank Gehry

Museum of Biodiversity by Frank Gehry

Panama has two distinct seasons: The Dry Season runs from the end of December until the beginning of May and the Rainy Season runs from May through December. Throughout the year, the temperature consistently falls in the range of 82 to 95 degrees F (28 to 35 C) with humidity during the rainy season between 80 and 90%

The US dollar is the currency in circulation.

Spanish is Panama’s official language, although English is widely spoken.

Gamboa is a small town in the Republic of Panama. It was one of a handful of permanent Canal Zone townships, built to house employees of the Panama Canal and their dependents. The location is on a sharp bend of the Chagres River at the point that feeds Lake Gatun. Just south of Gamboa, Lake Gatun and the Chagres meet the Culebra Cut (Gaillard Cut), where the Canal cuts through the Continental Divide.

Gamboa is home to caimans, crocodiles, iguanas and several hundred bird species. Given its location at the "end of the road" and the single road connecting it to the rest of the Canal Zone, Gamboa is adjacent to significant tracts of relatively undisturbed rainforest. A trail that follows an old pipeline ("Pipeline Road") is considered one of the best birding hikes in Panama and one of the premiere bird watching sites in all of Central America.